Navmesh is extremely important for game. It defines where an NPC can go and how will it get there. It can only move on navmesh so any hole will become an impassable obstacle.

1. Put 3DDebug pannel onto your toolbar.

2. Hit the first button to show navmesh and generate it in your vicinity.

You can visualize the navmesh to check if it's alright. You can choose from two options.

1. Make sure layer "_test_nav_area" is not loaded (if it is be it will take a looooooong time to generate the navmesh)

2. In case you don't have navmesh from packs you need to build it first:

3. If you right-click any empty space on Toolbar you'll be able to turn on 3DArt utility panel. There's a Navmesh button on it that will display the nevmesh. 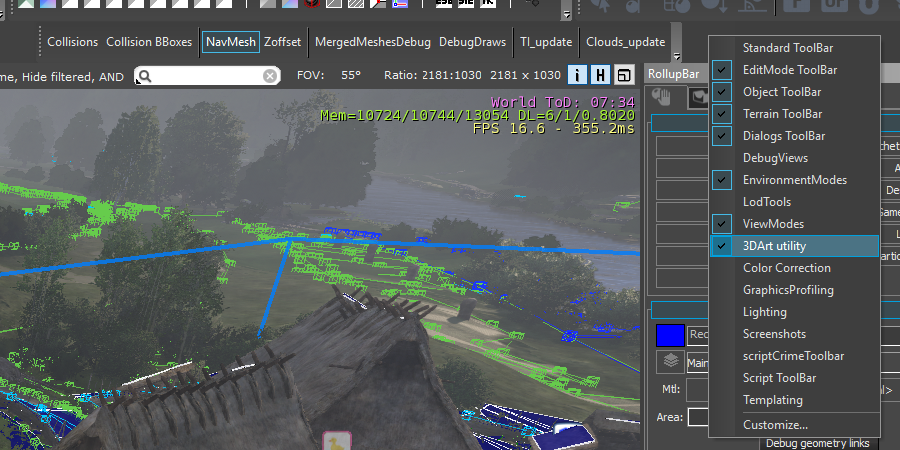 4. In case it's poorly visible because of it being partialy under the terrain, you can offset it with Zoffset button on the panel.

The navmesh will be generated only if some conditions are met, of course. We can't have NPCs running through walls and stuff.

Be aware that navmesh is only generated from the physics.

The little fence here is creating a high step and thus blocking the navmesh generation. For the player however this is no obstacle, he would be able to jump over it easily and get inside to the small garden. But NPCs wouldn't be able to get to him. 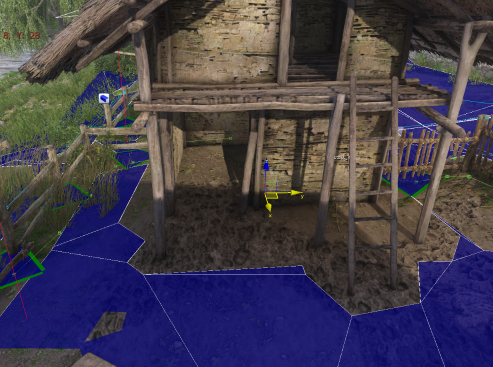 The 1st floor is too close to the ground so the navmesh leading to inside won't be generated.

Solution is to move the whole structure up a bit.

The navmesh is generated in simplified polygons, which can cause some troubles. If the steepness of a small hill or depression is not enough to disrupt the navmesh, it can create local maximul (respective minimum) which is too far from navmesh. This happens only in the middle of navmesh tiles but it can cause troubles during combat, teleportation, LOD movement, save/load, etc. We created a test that checks for these places and allows the terrain to be altered so the navmesh generates correctly. To run the test use command:

This command checks the whole navmesh and draws red cylinder for each invalid place. It takes around 40 s on whole Rataje level to execute it, for which the game is frozen. Different aruments are:

The debug draw itself can be controlled without the need of re-running the test. Use cvar wh_ai_NavmeshHeightTestDebugDraw with argument:

Example of a problematic depression: 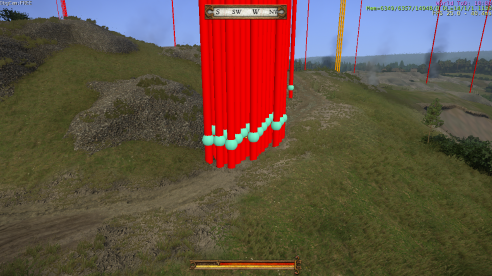 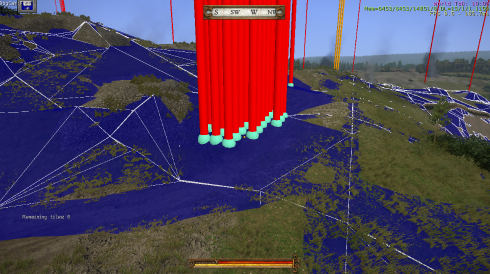 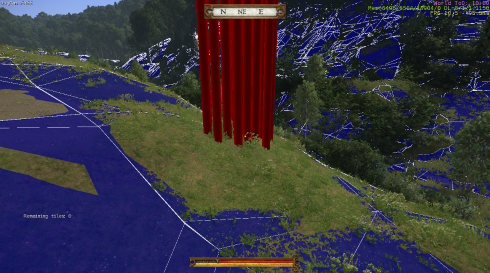 The test discovered few other issues, although it doesn't find all of their occurances, since it was not designed for it.

Sometimes vegetation cone is too flat that it is walkable and navmesh gets generated on top of it. The test finds some of these cases, which need to be fixed, since we don't want walkable bushes (nor by player neither by NPC): 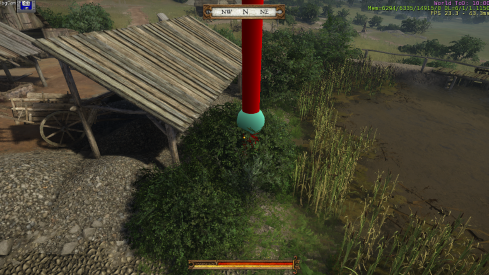 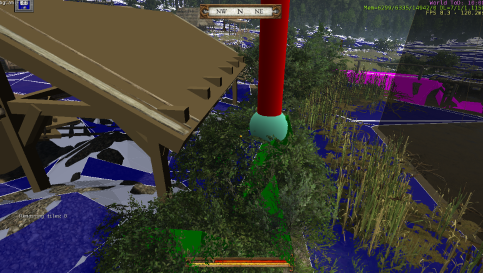 It can also find invisible floor in mines which looks weird, when someone is standing on top of it: 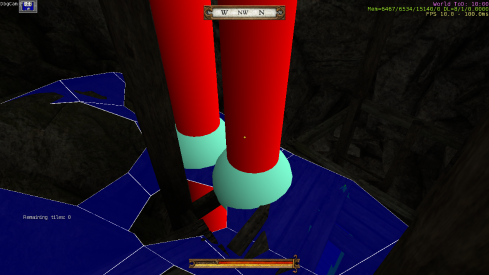