The term xEdit is used as the generic name for the various game specific versions (aka TES5Edit, FNVEdit, etc.) which are simply renamed copies of the same tool so it will correctly determine the correct file structure to use.

Sorting "master files" is necessary if the creator of a plugin didn't have them in the same "load order" as you (or xEdit) do. Fortunately this is easy to fix, but if you don't it can cause problems in your game. It will be covered as part of the more time consuming problem of removing a "master file" from a plugin in this article, but is completely separate and not related. (See the Sorting Masters section if that is all you are interested in learning.)

To the best of my knowledge, xEdit is the only reliable way to remove "master files" from a plugin. But it is not an automatic process. Rather it is the finishing verification that you have manually removed all such references from your plugin.

It is assumed you have at least some familiarity with the terminology and use of xEdit to create a "Compatibility" or "Feature" patch. If not, you are advised to learn the basics of that operation first. They are all described in the FNVEdit Training Manual, but that is not a tutorial style document. It is a "reference manual".

Note that a "compatibility patch" is different than a "merge patch" or a "merge plugin". (There are various terms used on the internet to reference each of these types of files, but they remain distinct entities.)

You have to load your plugin and all it's "master files" into xEdit, and then find everywhere there are records in the plugin using records from the master file you want to remove. These are not only found in those color tagged as "conflicting" (red background), though those are the place to start. They can also exist in any record, even "new ones" (white background).

Once you think you have removed all the references to records from the master to be removed, you use the "Clean Masters" function and check for the presence of the master in the plugin's file header. IF all references are gone , then it will have been removed. If it remains, you still have some references to locate. (Save what you have done, reload, and work through it again.) You can end up having to work through every single record in the plugin. But it will eventually work.

NOTE: Do not use xEdit with any "mod organizer" or other "plugin aware" tool open at the same time. While some might be compatible with sharing the plugin with xEdit, others grab the file with a "write lock" to prevent any other program from changing things. Play it safe and give xEdit exclusive access unless you are absolutely positive they are compatible. According to the TES5Edit Support Forum: "All plugins from the Data folder are sorted into 2 groups by extension (and extension only, ESM flag in plugin's header doesn't matter): *.ESM and *.ESP, then each group is sorted by plugin's file timestamp. Then xEdit loads all ESM, then all ESPs. The order of masters in plugins doesn't affect anything." This suggests that whenever possible, you should move any "false ESM flagged" ESP files to the bottom of the list of ESM files in your load order if you want xEdit to match your game "load order" when it loads or sorts a plugin's master files.

To illustrate, let's suppose we want to remove "Fallout New Vegas" (FNV) plugin "EVE FNV - ALL DLC.esp" as a "master file" from the "AWSO-WMX-EVE-ALLDLC-Merged Patch.esp" plugin.

"AWSO" is "All Weapon Sounds Overhaul", a comprehensive replacement of the existing weapon sound files. As such it is conflicting with weapon and animation records in other plugins (FalloutNV.esm, the 5 DLC files, YUP, WMX, WMX-DLCMerged, and EVE). In this instance, assume we do not want to use the records from EVE in this "compatibility" file. We could build our own "compatibility" file, but have decided instead to only remove the EVE records in order to retain the author's choices for the other records. (It should also be a relatively quicker process involving fewer records.)

Seriously consider either moving your game folder elsewhere and installing only the needed plugins, or creating a separate profile for the purposes of this project (depending upon your "mod manager"). You don't want to accidently change anything your saved game files rely upon by accident.

Make sure you have installed and "actived" all the "master files" the plugin currently depends upon. For "AWSO-WMX-EVE-ALLDLC-Merged Patch.esp" these are:

Sort the "load order" as necessary for the proper functioning of your game. Then place the "EVE FNV - ALL DLC.esp" plugin just above the "AWSO-WMX-EVE-ALLDLC-Merged Patch.esp" plugin (because we only added it to remove it as a master, and not because it is going to be used during play). Placing it there will make it easier to find the records in the latter that come from the former.

Note that this patch was created with the DLC in the wrong order for stable game play. We will be correcting that as part of this process, using the xEdit "Sort Masters" command.

This only needs to be done once, upon first loading the plugins.

(See SortMasters Figs. 01 thru 04. Click the link/thumbnail to see the enlarged image. Use your browser "<back page>" control to return to this page.) 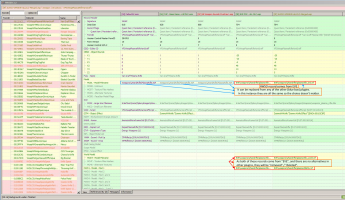 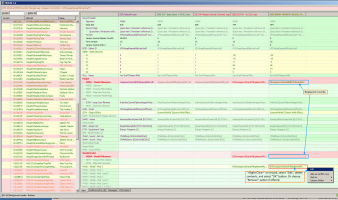 If you have successfully edited out all the record dependencies upon the master to be removed (e.g. "EVE"), then the list of "master files" will not longer contain that file (e.g. "EVE FNV - ALL DLC.esp"). Save the result immediately and use Windows Explorer rename the plugin to reflect your new version (e.g. "AWSO-YUP-WMX-ALLDLC-Merged Patch.esp").
If the master file is still present, then there are still references to be removed. Resume from the beginning of the Examining records section.

A streaming series of compatibility patching tutorials can be found at: