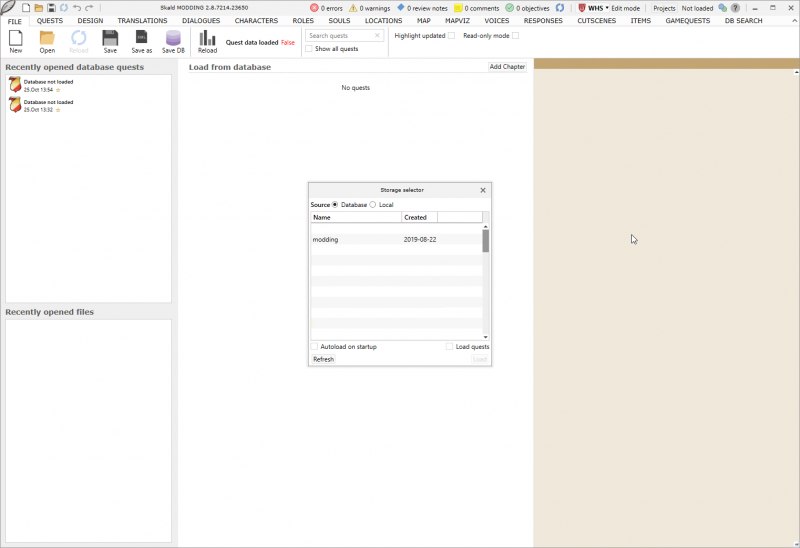 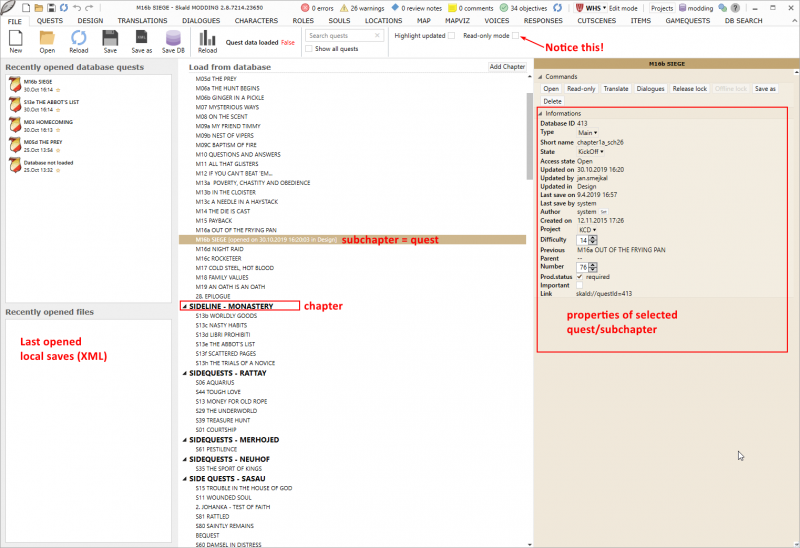 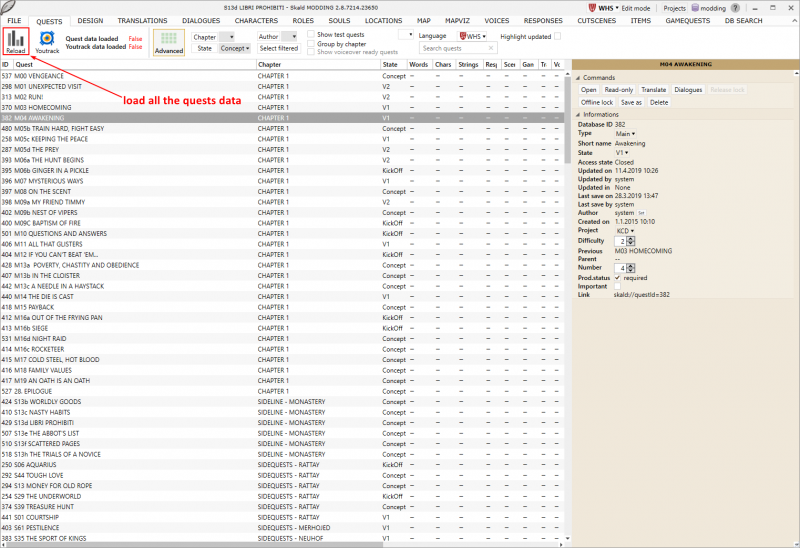 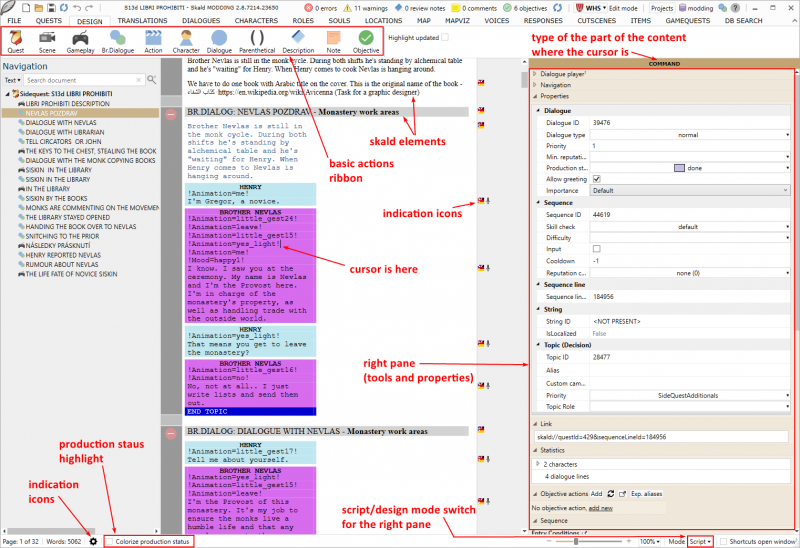 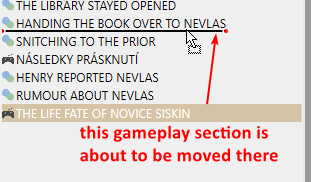 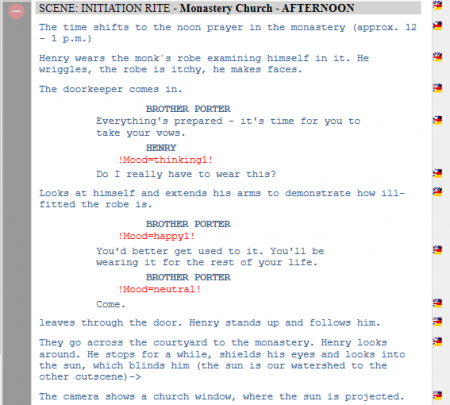 Same as trigger but is intended to holds texts for use in tutorial windows. 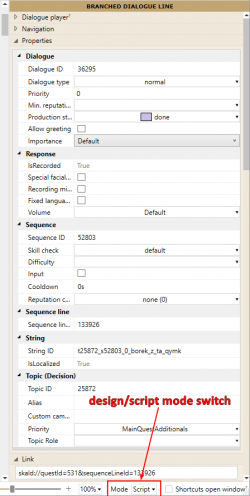 You can see all strings in the DB and view their translations.

Another view of all dialogues. Should not concern you.

A place where you define Characters (soul vs character vs role/metarole documentation).

Lists all the existing roles. Should not concern you much.

Lists all the existing souls. Should not concern you much, as souls are created in the Sandbox Editor >> NPC Editor.

If you use Statistics override or Skills override to setup custom soul stats, you have to run Storm so that it processes the new override rules and writes correct data to the soul tables in DB.

Shows the main map. You can check placement of some of the content here.

Lists all voices. One voice actor may represent multiple voices, but typically one actor means one voice. Should not concern you much if you don’t plan to add new voice overs.

Lists all individual dialog line strings. Should not concern you much. Useful when searching for a line based on its alias or when you are making a VO.

Should not concern you. Unless you plan to make a movie.

Lists all items from the DB. Allows you to write in item name and item description, and to edit some of the item properties.