Adding a Merchant NPC to Skyrim

This tutorial shows all the main steps you need to follow to add a merchant NPC to Skyrim.

The main steps for adding a merchant to Skyrim are: 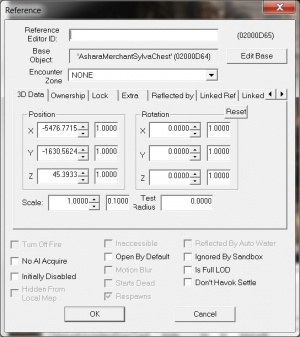 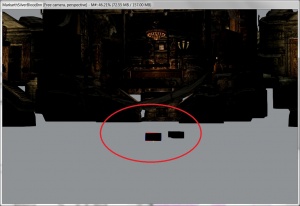 Placing the container under the floor

The easiest way for adding new content for Skyrim with the Creation Kit is to copy an existing object and that is what we are going to do in this tutorial.

First we are going to add a new container that will have all the objects our merchant is going to sell. To do this:

It is good to save your progress from time to time just in case the CK crashes. To save your work seelct File -> Save and then type the name of your plugin (for example MyMerchant.esp).

Place the container in the world

The next step is to place the container in the world. To do that: 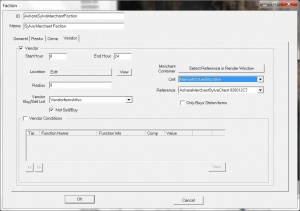 The next step is to create a new vendor faction. Again, we are going to use an existing faction as a template for creating the new one. 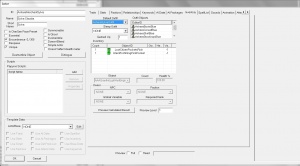 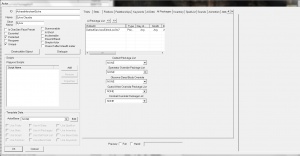 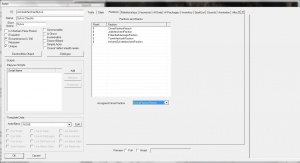 The last step is to create your merchant. Again, we are going to use an existing NPC as a template for creating the new one.

Use the face of your player character for the NPC

I've decided to use the face of one of my player characters for my vendor, to do this:

Back to the Creation Kit:

Other settings you can adjust for your NPC are:

Assign the right factions to your NPC

There are two factions that any merchant needs to have:

You can add other factions to your merchant. For example, if you are going to place him in Markarth it is good to add some of the Markarth related factions to avoid him having problems with the locals ;)

Place your NPC in the world

The next step is to place the NPC in the world. To do that follow the same steps you did for placing the container in the world (except the one about placing it under the floor!).

After placing your NPC in the world you can always edit his statistics, outfit, factions, face, and so on. You won't need to place him in the world again: any changes you do to the NPC charactersistics will be automatically replicated to the NPC copy you placed in the world.

If the CK didn't had a bug related to new NPC faces (their face colour doesn't match their body colour) your work will be ended here. But until the CK is fixed there is still another step to do.

The only way of making your NPCs face look right is to follow this steps:

Now your merchant's face will have the same colour than his body.